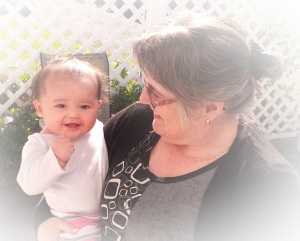 A babe in the house is a wellspring of pleasure, a messenger of peace and love, a resting place for innocence on earth, a link between angles and men. 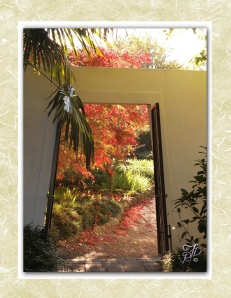 Today I thought I might introduce everyone to my little corner of the world.  Each Wednesday I showcase Cornwall Park in my Wordless Wednesday post.  I love it there as it is an oasis in the middle of our city, plus it is an easy walk for me.  I enter this gate and it is like entering into another world. As you can see it is now autumn and the colours are amazing.  There is always a great photo to take with the ponds.  On this day the water was a mirror and I got some great photos but they are for another post.

It has a variety of colourful gardens and trees and is a favourite picnic spot. Collections of azaleas, camellias and roses have been added to the mature trees, which date back to the 1920’s when the park was established.

This traditional Chinese garden was established at Cornwall Park to commemorate Hastings’ 15th anniversary of the sister city relationship with Guilin in 1996.

At the main entrance, visitors to the garden pass through a moongate, which is a traditional symbol of unity, family and the nation. The circle of the moongate frames a large rock, which originated from Taihu Lake near Shanghai.

The garden takes its name from the Osmanthus family of plants, including highly scented shrubs and ground covers, which have been extensively planted throughout, along with group plantings of pine trees and bamboo.

At the heart of the garden is a large pond and pavilions at its edge. It is spanned by the curved Friendship Bridge across one end and by the Crooked Bridge across the other. The garden is a skilful combination of Chinese and New Zealand elements and plants. As such it could be seen as a perfect symbol of the Hastings-Guilin link.

Chinese gardens are rich in evocative symbolism. This is a dimension and a purpose more often found in ancient gardens, strange and unfamiliar to those of us used to modern western gardens that are dominated by function and the display of plant varieties. This garden is a giant Chinese puzzle designed to involve the viewer’s imagination.

Further around there are great paths going into the native bush where the birds like to tease me.

There is a large playground with a splash area which is always popular in the summer.

I hope you have enjoyed our little tour around my small part of the world.

I must also apologise to those who have been having problems uploading my photos.  I hope it is just a temporary glitch and things get back to normal.