This is an interesting prompt from Nancy this week:

When I was still at school I had a bucket list of sorts.  I loved history and being in New Zealand we were so far away from where the action was so to speak.  Many Kiwis traveled overseas – it is called the OE – Overseas Experience.  Mine lasted 15 years. So here is some of the things I wanted to do and see.

1. After reading about Bonnie Prince Charlie I had to go to Scotland and see the Island of Skye – done.

2. After reading about the princes in the tower I wanted to see the Tower of London – done.

3.  I was fascinated by Henry VIII so Hampton Court was on my list as well – done.

6. After watching all the Cold War movies I was fascinated with the Iron Curtain.  I managed to get to Berlin before and after the wall came down.  This was really interesting – I have quite a few stories to tell from this city.

7.  I was also fascinated by the history of Russia and in particular the Russian Revolution and the fate of the royal family.  Anyway I had a math teacher (the best math teacher I ever had), anyway he was a weightlifter and traveled to Russia for the Olympic Games when they were boycotted.  When we had done all our work he would tell us all about his experience in Russia.  So going to Russia was top of my list.  I got there and it was incredible, especially as it was just as Glasnost and Peristroika was becoming prevalent but it was still behind the Iron Curtain.  I also have a few stories to tell from there.

8. Skiing in Austria – done – but ended up there for 11 years and came away with two children.

That was just a few of my bucket list from that time.

So why have I got photos of quilted blocks?  Well my bucket list is much more mundane these days.  It is more about finishing all the UFO’s in my sewing room – for those not in the know UFO – Un -finished Objects – get it?

This quilt is a block of the month antique quilt I started last year but among all my troubles this year it has never been finished.  So that is my priority.  Part of the reason is that there are 64 small blocks such as this one, and 9 large blocks.  I think the size also tended to put me off.  Anyway yesterday I dragged it out of the closet and started to finish all the applique.  I was actually onto my last 5 large squares.  I had the great ambition to sew all the details by hand.  But I gave that up when I saw it and so headed to the sewing machine.  So I managed to finish those last 5 blocks in a couple of hours.  I would have been at it all week.  Since this is a long weekend – Labour Weekend here in New Zealand, it is a good time to concentrate on it.

So for those who liked my post on the colour of mint here is the finished quilt. 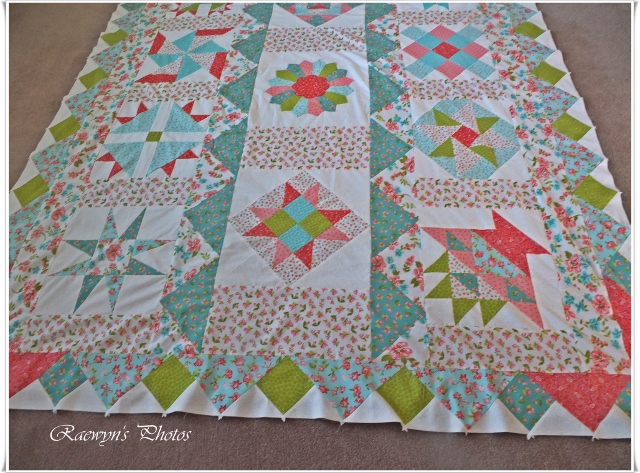 Actually another item on my list is to learn new techniques and I certainly did with this quilt.  Now I have to save up the money for the batting and backing fabric.

As I am doing this I can watch outside and see our local family of blackbirds digging for food in the grass under the orange trees.  They are fun to watch.

Anyway onto my floral photos for this week.  I took these freesias with my iPhone 5S at my parents house.  I had made arrangements to visit them but they had forgotten and weren’t home.  So I wasn’t going to waste my trip so I went around taking photos.  I found these freesias tucked away hiding.  I have done very little editing. 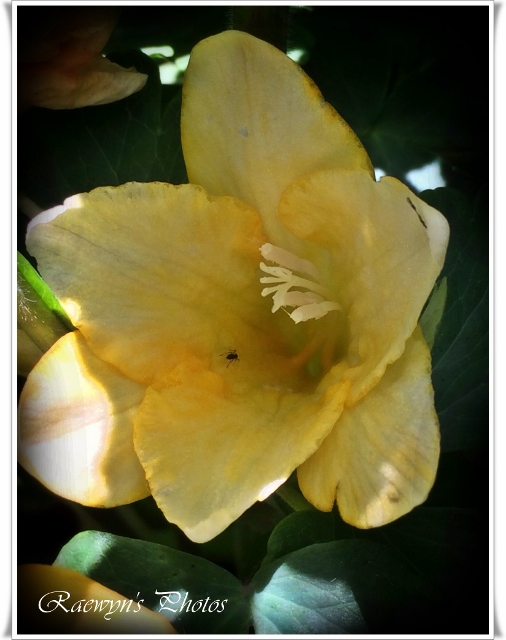 As usual I will catch up with everyone later.