This is confusing I know, but we are now into Friday while those in America are celebrating Thanksgiving.

I am trying to learn a little more about the flowers I photograph.  I don’t have a green thumb and am totally ignorant about anything with petals.

These african violets were shot at the plant house at Cornwall Park.  They are gorgeous and so many different colours and types.

They will always remind me of my mother as she has had them as house plants for many years.

So here is some info from Wikipedia:

Saintpaulias, commonly known as African violets, are a genus of 6–20 species of herbaceous perennial flowering plants in the familyGesneriaceae, native to Tanzania and adjacent southeastern Kenya in eastern tropical Africa. Typically the African violet is a common household indoor plant but can also be an outdoor plant. Several of the species and subspecies are endangered, and many more are threatened, due to their native cloud forest habitats being cleared for agriculture. Saintpaulia Ionantha has been classed as Near Threatened.

Saintpaulias, which grow from 6–15 cm tall, can be anywhere from 6–30 cm wide. The leaves are rounded to oval, 2.5–8.5 cm long with a 2–10 cm petiole, finely hairy, and have a fleshy texture. The flowers are 2–3 cm in diameter, with a five-lobed velvety corolla (“petals”), and grow in clusters of 3–10 or more on slender stalks called peduncles. Wild species can have violet, purple, pale blue, or whiteflowers.[citation needed]

Plants can be classified as one of several sizes based on its above-ground diameter. Although the size per category is not set in stone, these are a general guideline.[1][2]

The plants get their common name “African violet” from their superficial resemblance to true violets (Viola, family Violaceae).

The genus is named after Baron Walter von Saint Paul-Illaire (1860–1910), the district commissioner of Tanga province who discovered the plant in Tanganyika (now Tanzania) in Africa in 1892 and sent seeds back to his father, an amateur botanist in Germany. Two British plant enthusiasts, Sir John Kirk and Reverend W.E. Taylor, had earlier collected and submitted specimens to the Royal Botanic Gardens, Kew, in 1884 and 1887 respectively, but the quality of specimens was insufficient to permit scientific description at that time. The genus Saintpaulia, and original species S. ionantha, were scientifically described by H. Wendland in 1893.[6]

There. I have learnt something new today. 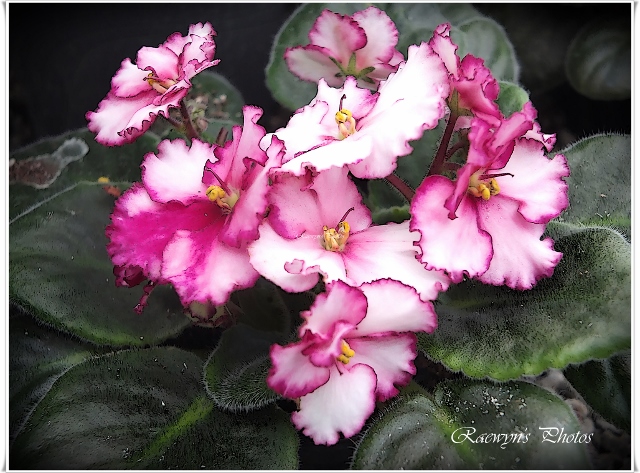