I was just going through my reader and found that Sue has chosen the word ‘rainbow’ this week.

This photo was taken with my phone a couple of days after we had moved in to our new home.  Just before a massive thunderstorm. 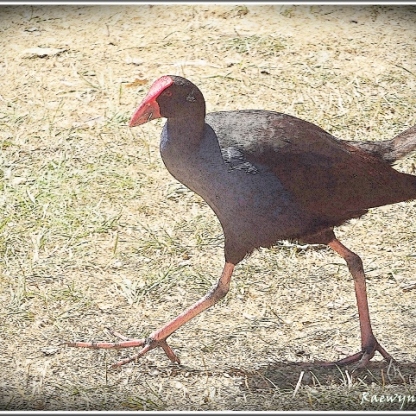 Good morning from a grey and wet Hastings.  Finally after threatening to all day, it started to rain.  A good wetting rain, if that makes sense.  A soft rain that won’t run off, but will be absorbed into the dry ground.  It should stay around for a couple of days.

So, after all the hype about this super snow storm, I hope those affected are okay and are warm and cosy.  I know what it is like to be snowed under. One year in Austria we had a foot of fresh powder snow each day for a solid two weeks.  That was ok if you didn’t need to go out.  But I found myself really craving the sun.  It was so dark.

This week for Michelle’s challenge I found these pukekos – a purple swamp hen.  Here is some info from Wikipedia.

Pūkeko is the common name, derived from the Māori language, for the purple swamphen (Porphyrio porphyrio) of New Zealand. The subspecies occurring there is Porphyrio porphyrio melanotus, which is also found elsewhere in Australasia, including, in eastern Indonesia, the Moluccas, Aru and Kai Islands, as well as in Papua New Guinea and Australia.

A recent arrival to New Zealand, pūkeko have thrived in an environment that now contains introduced predators such as cats, rodents and mustelids (Brunin and Jamieson, 1995). They live in groups of 3–12 individuals and are known to group together and shriek loudly to defend nests successfully during attacks by Australasian harriers. When unsuccessful at repelling predators, they may abandon their nest sites.

The colour red was associated with nobility and power by Māori, so the pūkeko was held in high esteem because of its red beak and legs.[8]

Pūkeko are known for their bold scheming and determination. In times past,– they raided gardens for kūmara (sweet potato) and taro. A stubborn, annoying person was compared metaphorically to the bird, and was said to have pūkeko ears (taringa Pākura).[9][10] They are known to steal eggs from each other and this is an indication of their character.

In New Zealand, the pūkeko is mentioned in the Māori myth ‘How the Kiwi lost her wings’ in which several birds of the forest are asked to come down from the trees to eat the bugs on the ground and save the forest, but all give excuses except the Kiwi who is willing to give up his colours and the ability to fly. The pūkeko’s excuse is that it looks too damp down there, and he does not want to get his feet wet. The pūkeko is punished for his reluctance and told he must now live forever in the swamps.

By one account, the pukeko is the spawn of Punga (the ancestor of sharks and reptiles – enemies of the people) but was claimed by relative (and high chief) Tawhaki. Tawhaki cut himself while cutting timber and so daubed the pukeko’s forehead with his own blood to signify their bond. So the mischievous pukeko gets his character from Punga and his noble badge from Tawhaki.[10]

In a written account given over 100 years ago, Māori were described as trapping pūkeko (near lake Taupo). They would choose a suitable place where pūkeko were known to feed, and drive a series of stakes into the ground. These stakes were connected by a fine flax string. Hair-like nooses (made from cabbage tree fibre) were then dangled at the appropriate height, from the flax string, to catch pūkeko as they fed after dusk, in the low light conditions. 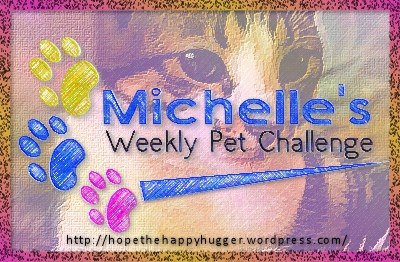