Good morning from a cloudy Hastings morning.  We are supposed to be getting rain today.  So it is a good chance for me to sit in front of the TV and bead my dress.

My Floral Friday photos were taken on New Year’s Day in the Hot House in Cornwall Park.

Orchidaceae is a diverse and widespread family of flowering plants with blooms that are often colourful and often fragrant, commonly known as the orchid family. Along with the Asteraceae, they are one of the two largest families of flowering plants, with between 21,950 and 26,049 currently accepted species, found in 880 genera.[2][3] The determination of which family is larger is still under debate, because verified data on the members of such enormous families are continually in flux. Regardless, the number of orchid species nearly equals the number of bony fishes and more than twice the number of bird species, and about four times the number of mammal species. The family also encompasses about 6–11% of all seed plants.[4] The largest genera are Bulbophyllum (2,000 species), Epidendrum (1,500 species), Dendrobium (1,400 species) and Pleurothallis (1,000 species).

The family also includes Vanilla (the genus of the vanilla plant), Orchis (type genus), and many commonly cultivated plants such asPhalaenopsis and Cattleya. Moreover, since the introduction of tropical species into cultivation in the 19th century, horticulturists have produced more than 100,000 hybrids and cultivars. 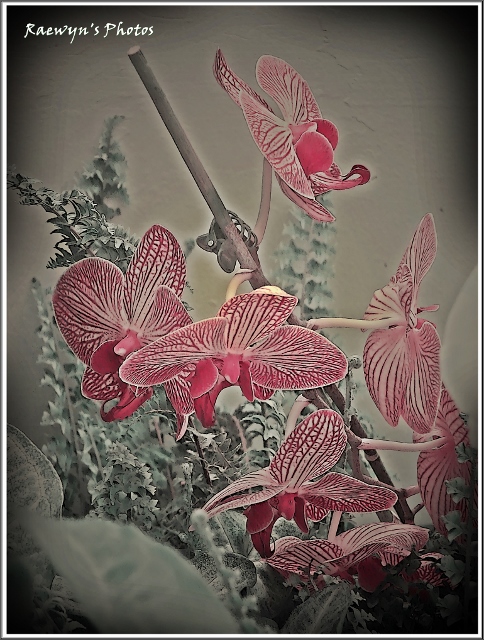 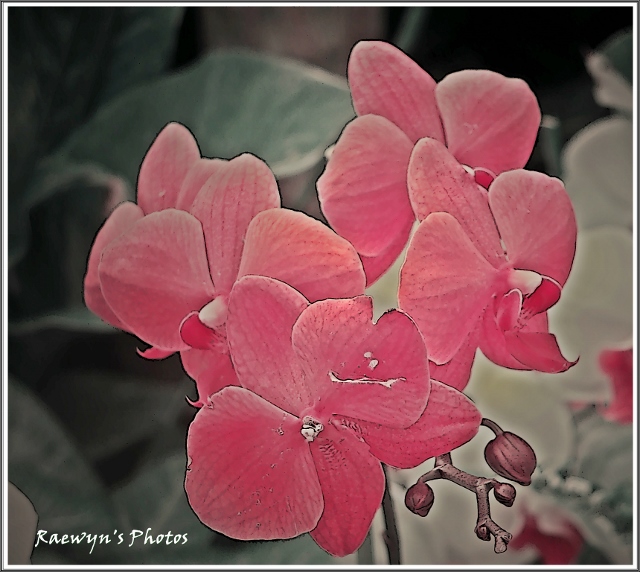 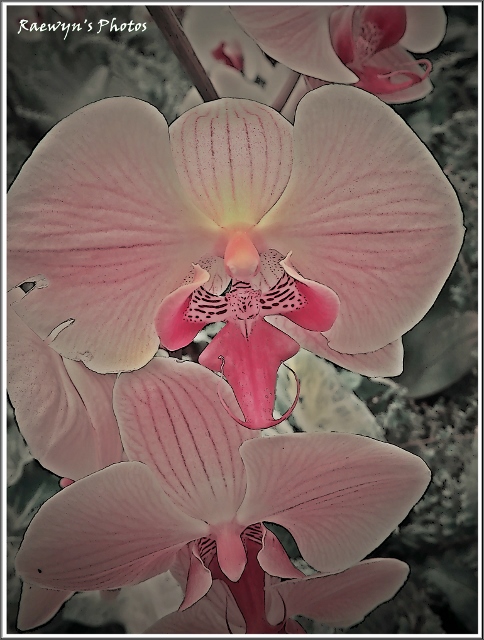 I had a giggle with my son over this.

The type genus (i.e. the genus after which the family is named) is Orchis. The genus name comes from the Ancient Greek ὄρχις (órkhis), literally meaning “testicle“, because of the shape of the twin tubers in some species of Orchis.[5][6] The term “orchid” was introduced in 1845 by John Lindley in School Botany,[7] as a shortened form of Orchidaceae.[8]

You learn something new everyday.

For more information on orchids: