Good morning from a cool but sunny Hastings morning.

Yesterday the Art Deco festival started.  I did go over to Napier but wasn’t dressed up for it. I had to do something else instead.  But of course I took my new camera with me – Socks is a very photogenic cat.

On the way home I stopped at this statue of the Spirit of Napier. Funnily enough I have never bothered to take photos of it.  Maybe it is because it is always there.  I don’t know.  But this time I made a point of taking photos of her.  Here is some info:

The pavement and sheltering wall form a half circle: the column supporting the sculpture is surrounded by a moat and the area in front has two large stone seats facing seawards.

The work of Hungarian – born Auckland artist Frank Szirmay, it represents Napier rising from the ashes of the 1931 earthquake. It also shows the prosperity won in Napier since the earthquake. The statue, standing in the Gilray Reserve, was given to Napier by the late Dr. Thomas Gilray, a former superintendent of the Hospital.

Finance was provided from the Gilray Estate $8,000, a donation from Mr L.E. Harris (now Sir Lewis) – Brooklands $5,000, and $14,000 contribution from subdivisions set aside for expenditure on public reserves.

The centrepiece was lifted into place on 7 December 1971, but was not unveiled until December 22 of that year.

150 people attended the ceremony and the chairman of the Queen Elizabeth II Arts Council, Mr W.N. Sheat, of Wellington, unveiled the statue.

The Mayor of Napier at that time, Sir Peter Tait said the sculpture had been aptly named and depicted the rebirth of the city.

I think she is supposed to be facing the sea, but she is facing the city.
As to my beading – I am still at it.  I am onto the last stretch so I will catch up with all the other blogs later. 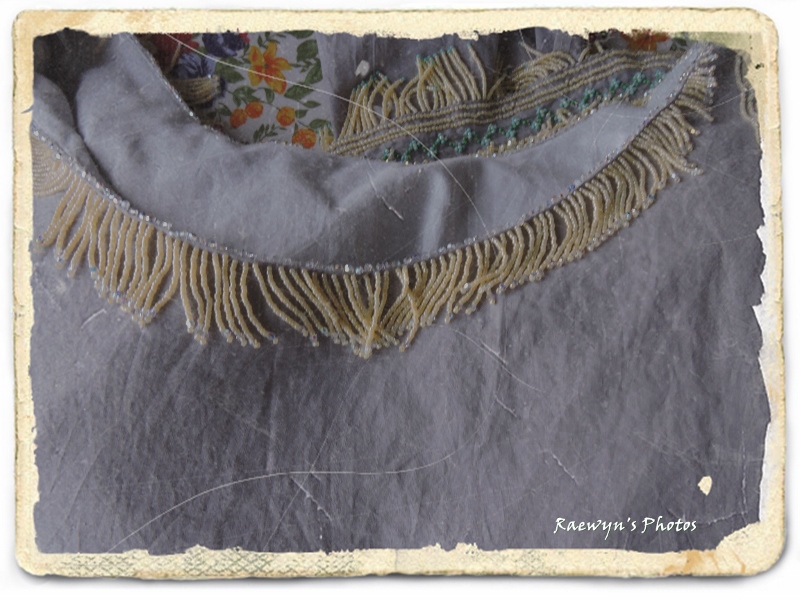 So far I have beaded about 20,000 beads.  And they are size 11 which is small. It will be good to get the table back again – there are beads everywhere.  It will look good when it is finished.  I will post a photo of me in a finished dress.
Thanks for visiting.

10 thoughts on “The Spirit of Napier”