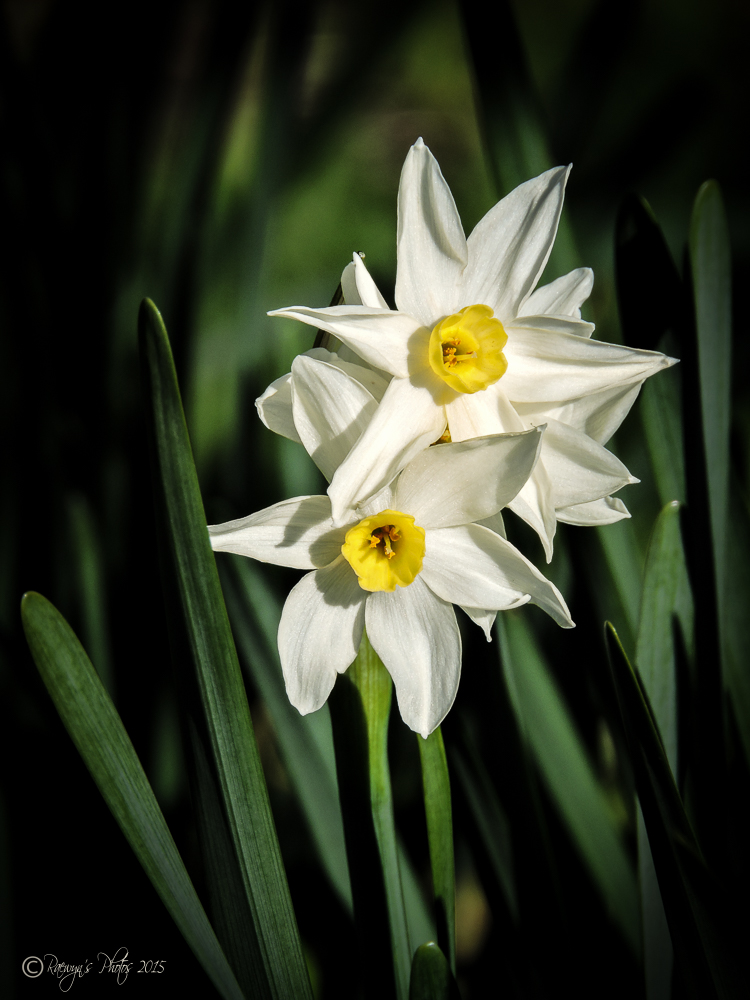 In Greek mythology, Narcissus (/nɑrˈsɪsəs/; Greek: Νάρκισσος, Narkissos) was a Hunter from Thespiae in Boeotia who was known for his beauty. He was the son of the river god Cephissus and nymph Liriope.[1] He was proud, in that he disdained those who loved him. Nemesis noticed this behavior and attracted Narcissus to a pool, where he saw his own reflection in the water and fell in love with it, not realizing it was merely an image. Unable to leave the beauty of his reflection, Narcissus drowned. Narcissus is the origin of the term narcissism, a fixation with oneself and one’s physical appearance.

Narcissus /nɑrˈsɪsəs/ is a genus of predominantly spring perennial plants in the Amaryllidaceae (amaryllis) family. Various common names including daffodil,[notes 1] daffadowndilly, narcissus, and jonquil are used to describe all or some members of the genus. Narcissus has conspicuous flowers with six petal-like tepals surmounted by a cup- or trumpet-shaped corona. The flowers are generally white or yellow (orange or pink in garden varieties), with either uniform or contrasting coloured tepals and corona.

Narcissus were well known in ancient civilisation, both medicinally and botanically, but formally described by Linnaeus‘ in his Species Plantarum (1753). The genus is generally considered to have about ten sections with approximately 50 species. The number of species has varied, depending on how they are classified, due to similarity between species and hybridization. The genus arose some time in the Late Oligocene to Early Mioceneepochs, in the Iberian peninsula and adjacent areas of southwest Europe. The exact origin of the name Narcissus is unknown, but it is often linked to a Greek word for intoxicated (narcotic) and the myth of the youth of that name who fell in love with his own reflection. The English word ‘daffodil’ appears to be derived from “asphodel“, with which it was commonly compared.

The species are native to meadows and woods in southwest Europe and North Africa with a center of diversity in the Western Mediterranean, particularly the Iberian peninsula. Both wild and cultivated plants have naturalised widely, and were introduced into the Far East prior to the tenth century. Narcissi tend to be long-lived bulbs, which propagate by division, but are also insect-pollinated. Known pests, diseases and disorders include viruses, fungi, the larvae of flies, mites and nematodes. Some Narcissus species have become extinct, while others are threatened by increasing urbanisation and tourism.

Historical accounts suggest narcissi have been cultivated from the earliest times, but became increasingly popular in Europe after the 16th century and by the late 19th century were an important commercial crop centred primarily on the Netherlands. Today narcissi are popular as cut flowers and as ornamental plants in private and public gardens. The long history of breeding has resulted in thousands of different cultivars. For horticultural purposes, narcissi are classified into divisions, covering a wide range of shapes and colours. Like other members of their family, narcissi produce a number of different alkaloids, which provide some protection for the plant, but may be poisonous if accidentally ingested. This property has been exploited for medicinal use in traditional healing and has resulted in the production of galantamine for the treatment of Alzheimer’s dementia. Long celebrated in art and literature, narcissi are associated with a number of themes in different cultures, ranging from death to good fortune, and as symbols of Spring. The daffodil is the national flower of Wales and the symbol of cancer charities in many countries. The appearance of the wild flowers in spring is associated with festivals in many places. 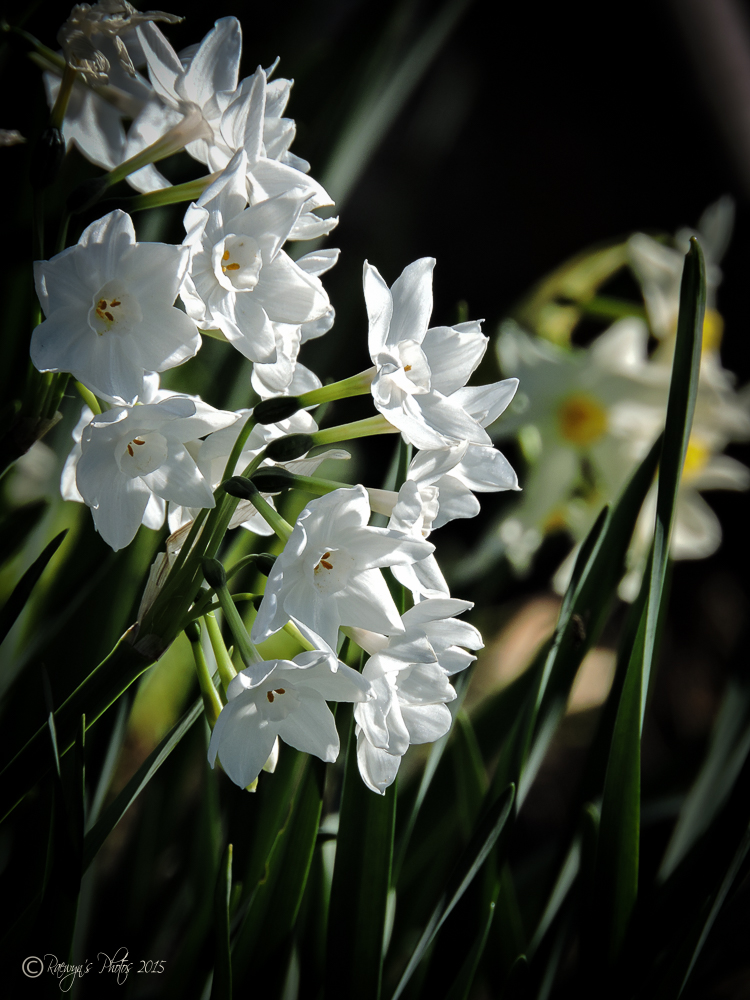 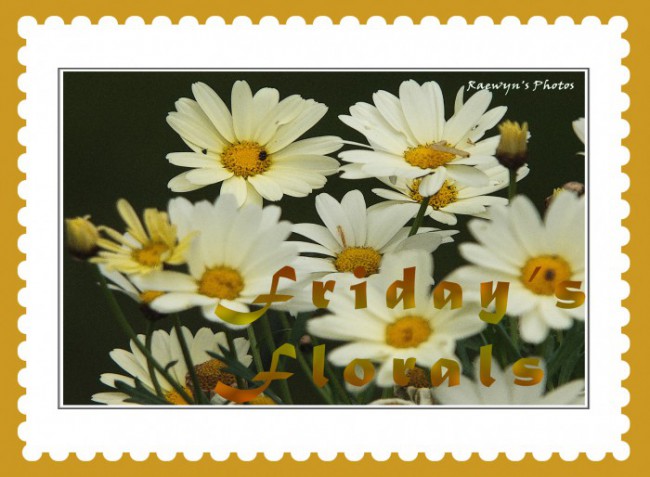