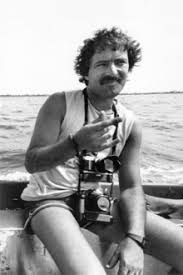 I have just spent some time digging deep into my archives to find suitable photos for Jennifer’s challenge over at Jennifer Nichole Wells.  This series is all about the weather.  So far I have managed to find some photos of snow, frost, tsunamis and sandstorms.  But this week I am stumped.  I have just realised that we don’t actually have much hail where I live.

So what to do.  Well, I have found these photos and I am going to ask you to imagine that it has just hailed and the ice has melted and the reflections are what is left behind.

The clouds have cleared and the light is sharp and crisp.  The reflections are vibrant and clear.

There are even bubbles still from the melting hail.

I know everyone is expecting me to show some maroon or burgundy flowers for Cee’s fun challenge over at Cee’s Photography but I do take photos of other objects.  Such as this jar of preserved plums at my parents place.  My mother would pick her damson plums and put them in jars with sugar and vodka and make what she calls her plonk.  That was her Christmas present to everyone each year.  Now she can’t remember what to do with the jars anymore so they are just sitting on a table.  I was fascinated with the colour and reflections of the jar.  No I haven’t edited this as a monochrome with a splash of colour – it is the way the photo turned out.

But of course I do have some florals.