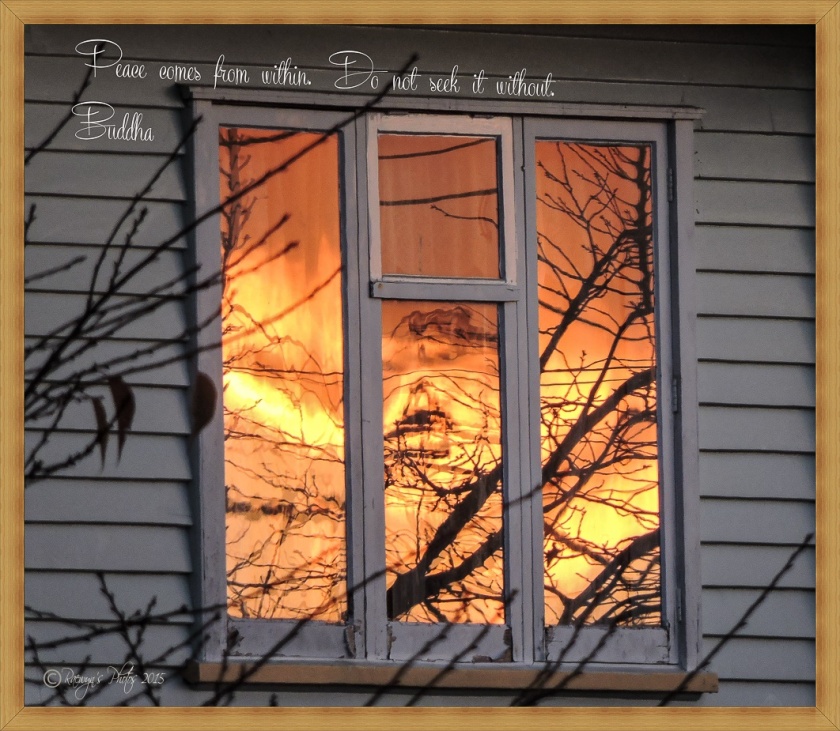 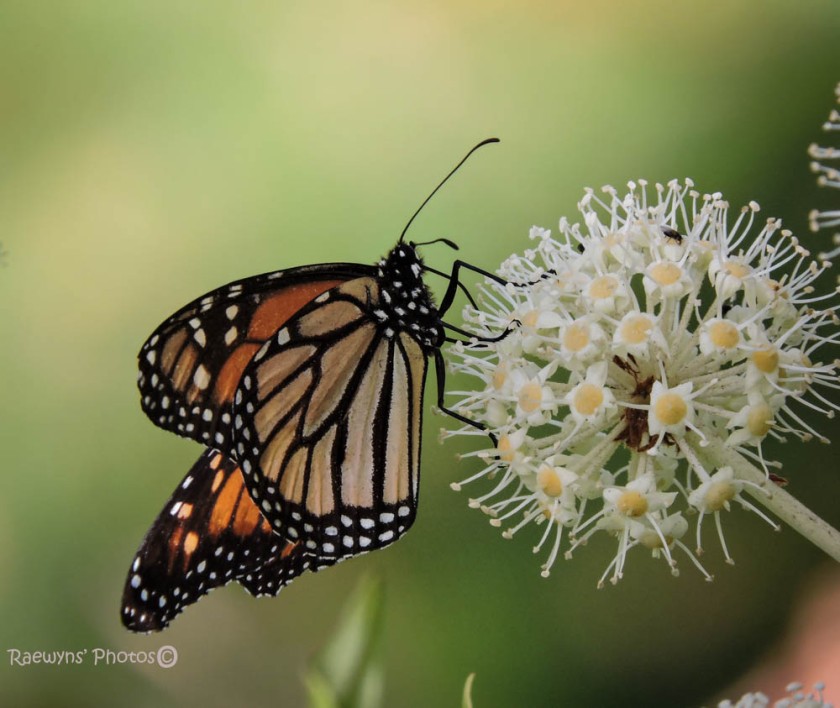 I love monarch butterflies.  There is something so regal about them.

When I was growing up we had a huge swan plant.  I mean it was really big.  Every year we eagerly awaited the arrival of the butterflies to lay their eggs. Then we would count them all and watch them hatch.  We watched them grow so fast and the plant being stripped of it’s leaves and the swans.  Then when they had turned themselves into chrysalises we would gently cut the branch that they were hanging on, put them into mason jars and take them to school.  It was always so exciting to see the butterflies emerging.  If someone had noticed one hatching we would all stop what we were doing and watch it happening. This was our nature lesson.  Never mind the maths class.  This was way more exciting.

We found it amazing that the caterpillars could crawl so far to find a safe haven to turn into their chrysalis forms.  We would find them up under the eaves of the house and trees several feet away.  It was a favourite pastime for us kids to hunt down new chrysalises in new far away places.

My children were also fascinated by the life cycle of these beautiful butterflies.  I think this is because we can really follow them from egg to butterfly.

Now the regal butterflies are in decline.  We need to make sure we have plants that would encourage them.

This is my last story for this challenge.  As part of this challenge I want to nominate Amy from The World Is a Book… Her photos are amazing.  So Amy all you need to do is post a photo a day for five days with a story, poem or something to go with it.  And then nominate another blogger to do the same.  No obligation.

I’m just minding my business.  Actually my life is my business.  I am a busy bee.  My job is to fly from plant to plant and pollinate everything I touch.  At this time of the year the nectar just seems to be so yummy and irresistible.  There is so much to put into the hive to feed our queen.

At least here in this park there are no pesticides.  Now that is hard to spot.  I have seen so many of my friends pass away from this – Tom, Dick and Harry were especially close to me.

Why can’t these big clumsy humans realise that we are the most vital creatures on this earth.  Without us there will be no grasses, no crops, no food.  We pollinate the blossoms that grow into their fruit and foods that they eat.

Those big clumsy humans think they are the most intelligent creatures on this earth.  But us humble bees will have the last say.  When we are not around, they won’t be around either.

So my plea to you big oaf with the strange looking object in your face, is to pass on this message to your fellow humans.  So that Tom, Dick and Harry and others don’t die in vain.

This is for two challenges.  The first one is for Marilyn’s new challenge at  SERENDIPITY where we get to write a story with our photos.

I was also nominated by Emilio at  Photos by Emilio and as part of this challenge I would like nominate Carol from Light Words.  All you need to do Carol is write a story to go with your photo and then nominate another blogger each day.  Your photos are so great.  No obligation. 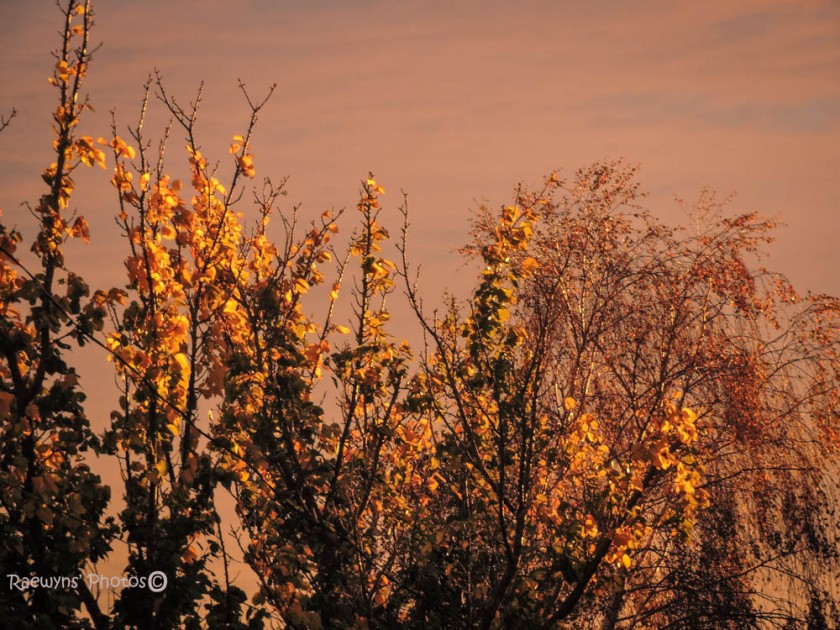 With each shutter click you hope that you will capture that amazing photo.  You place the tripod in readiness for a great dawn.  You sometimes sleep in and then you beat yourself up for possibly missing the most amazing light.  Especially when you see the remnants of the wonderful sunrise.

You rush out in your pyjamas and bed hair.  The coffee can wait.  What is important is capturing that amazing light and clouds.  Then you wait until the sun is actually up and the light just makes the golden leaves glow.  Then you press the shutter like a madman.  Holding your breath.

The light fades as the sun is fully risen.  You come inside and the craving for your coffee hits you.  But you can’t wait.  It is more important to upload your photos.  Then you find that the exposures are wrong – you had the settings for another, brighter time of the day.  Sighing you go and get your coffee.

Tomorrow it starts all over again.

Watching for that elusive capture.

For this week I have used the advice of Ben at Ben’s Aperture64 and did some editing in GIMP.  Not as easy to navigate as Photoshop but for this I used the brush to get rid of that glare in the top of the dandelion.  Plus I also darkened the stem so that the focus is on the axctual dandelions heading off.  I am not sure if I was successful so any constructive criticism is welcome.

Here is the original

Here is a poll to see which one is the best edit. 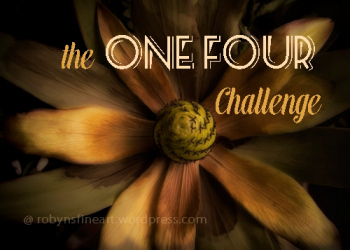 Good morning from another grey and wet Hastings.

So to brighten up my day and everyone else’s here is a bright cheery photo of the double delight rose – yet again.  I know I have posted a lot of photos of these roses, but I just love them.

For more info on this challenge here is Sally’s link:

Good morning from a grey and wet Hastings day.  We were lucky over the weekend that  the weather was so good.  Humid and hot, but at least dry. Now, while writing this post the heavens has just opened and it is raining hard.

My post last week was featured by Cee this week.  Thanks so much Cee.

It seems that the moonshine was popular after all.

Another Art Deco themed photo today.  While walking around I found this lady sitting at the table.  Who is she waiting for? Is she tired and wanted to just sit and rest?  She had a lovely outfit on but with trainers.  I love the bright green table and cheers. 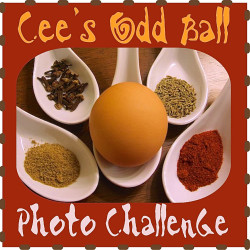 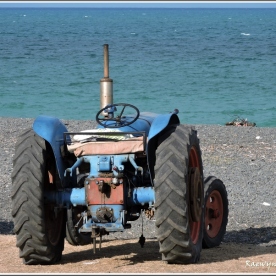 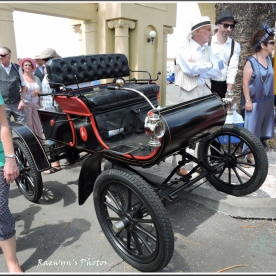 Good evening from a hot and muggy Hastings.

As we had our Art Deco weekend  here are some photos which are rather apt for Ailsa’s challenge.

As for my energy levels – after a massive beading week for my dress and then visiting the festivities in Napier I am drained.  My feet are covered in blisters – I had to park miles away – I arrived too late.  But it was a lot of fun.  I was happy with my new camera, but I found that I had only taken 334 photos for both yesterday and today.  I think it was because the lens was a lot faster than my old camera and so my success rate was a lot better.

I will do a separate post for my dress.  It took a lot longer than expected and I don’t want to see another bead for a while – or thread another very fine needle.  But I will leave all that for another day.

Today is the 4th anniversary of the Christchurch earthquake.

The February 2011 Christchurch earthquake was a powerful natural event that severely damaged New Zealand’s second-largest city, killing 185 people in one of the nation’s deadliest peacetime disasters.

The magnitude 6.3 (ML) earthquake[1] struck the Canterbury Region in New Zealand’s South Island at 12:51 pm on Tuesday,22 February 2011 local time (23:51 21 February UTC).[1][9] The earthquake was centred 2 kilometres (1.2 mi) west of the port town of Lyttelton, and 10 kilometres (6 mi) south-east of the centre of Christchurch, New Zealand’s second-most populous city.[1] It followed nearly six months after the magnitude 7.1 Canterbury earthquake of 4 September 2010, which caused significant damage to Christchurch and the central Canterbury region, but no direct fatalities.

The earthquake caused widespread damage across Christchurch, especially in the central city and eastern suburbs, with damage exacerbated by buildings and infrastructure already being weakened by 4 September 2010 earthquake and its aftershocks. Significant liquefaction affected the eastern suburbs, producing around 400,000 tonnes of silt. The shallow earthquake was reported to be felt across the South Island and the lower and central North Island. While the initial quake only lasted around 10 seconds, the vicinity and depth of its location to Christchurch in addition to the previous quakes were the reason for so much destruction.

In total, 185 people were killed in the earthquake,[6][7] making it the second-deadliest natural disaster recorded in New Zealand (after the 1931 Hawke’s Bay earthquake), and fourth-deadliest disaster of any kind recorded in New Zealand, with nationals from more than 20 countries among the victims.[10] Over half of the deaths occurred in the six-storey Canterbury Television (CTV) Building, which collapsed and caught fire in the quake. The government declared a state of national emergency, which stayed in force until 30 April 2011.[11]

The total cost to insurers of rebuilding was originally estimated at NZ$15 billion.[12][13] At that point it was already predicted to be by far New Zealand’s costliest natural disaster, and the third-costliest earthquake (nominally) worldwide.[14] But by April 2013, the total estimated cost had ballooned to $40 billion.[15] Some economists have estimated it will take the New Zealand economy 50 to 100 years to completely recover.[16] The earthquake was the most damaging in a year-long earthquake swarm affecting the Christchurch area. It was followed by a large aftershock on 13 June (which caused considerable additional damage) and a series of large shocks on 23 December 2011.

It is rather appropriate that today Napier celebrates Art Deco – rising up out of the ashes of the 1931 earthquake that devastated both Napier and Hastings.  My heart goes out to those affected and the fact that there are still hold ups with insurance and other issues.  So hopefully, in the future Christchurch can look back and see a new city rising from their tragedy.

The Art Deco weekend is not all about dressing up and having a jolly good time.  The armed forces are honoured for their assistance following the earthquake.  The HMS Veronica had just berthed in Port Ahuriri when the earthquake stroke and gave valuable assistance.

I have so much to catch up with on my reader so it is only likes at the moment. 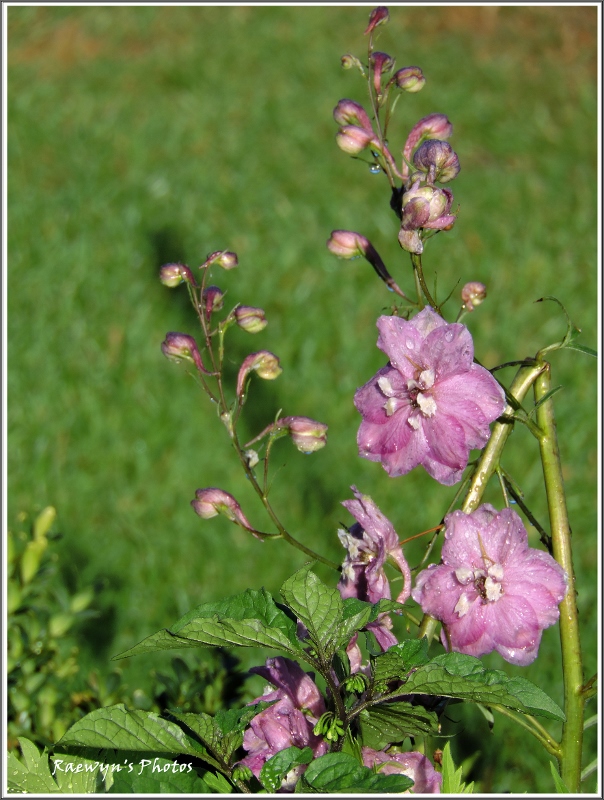