This is such a fun challenge by Cee for this series.

This week it is two verses from the song This Land is My Land:

I remember singing this at school, but we changed it to suit New Zealand.  So here are some photos around where I live – taken last autumn.

First up is the orchards – Hastings is known as the fruit bowl of New Zealand.

At once stage our economy was based on lamb and wool.  Now it is dairy but the sheep are still used to keep the grass low around the orchards in autumn.

One of our native birds, the Fantail.

Pakowhai Park and our native bush.

Cee’s Fun Foto Challenge: This Land Is My Land, 2 verses 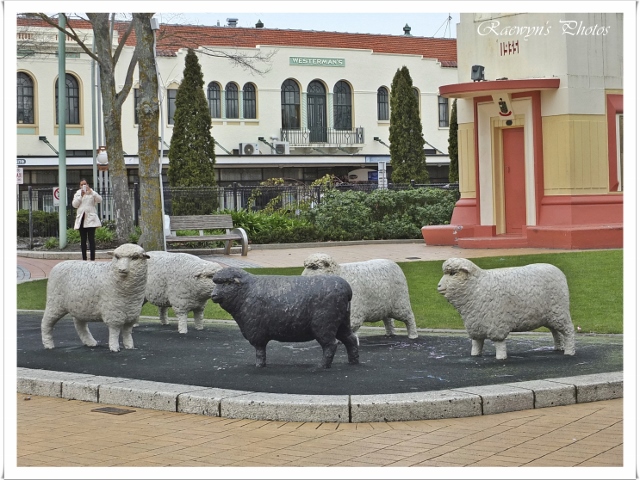 Good morning from a sunny Hastings day.  It is nice to see the sun after it rained hard all day yesterday.  I hope those in America are getting the rain they so desperately need.

Another Monday.  Another Oddball photo.  This time I am showing the concrete sheep in front of the clock tower in Hasting’s CBD. I love the one black sheep among them.

Hats off to Cologne

Thanks for visiting.  I’m sorry I didn’t get round to your blogs last night.  Firstly I was banned from the lounge -Dr Who was on – I can’t watch it as it still gives me the heebeejeebees so I went and did some of my quilt.  Then it had to be quiet as my favourite programme was on – Call the Midwife.  But I promise I will get round to it sometime today.  This computer is toooooooooo slow. 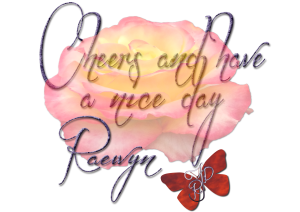 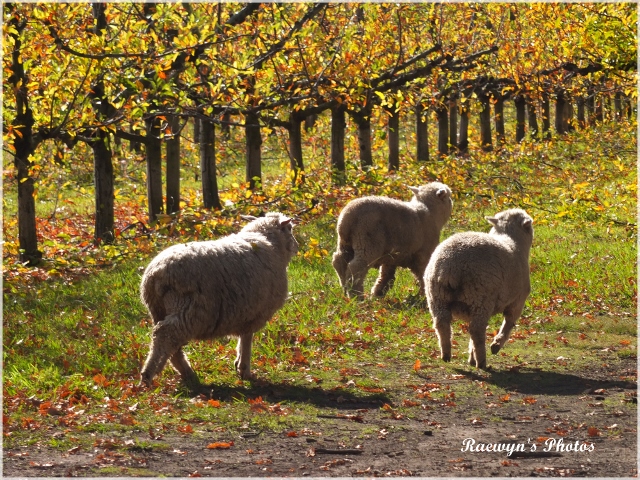 I have finally managed to use my IPad to do some posts so I did my Floral Friday post with that so please excuse me if I make some spelling mistakes.

Anyway this week Nancy’s prompt for A Photo a Week is shy.  There have been some great posts so far so here is mine.

These sheep took one look at me and took off running fast.  They were obviously too shy to stay and pose for me.

Thank you for visiting and your support.

Here is another great challenge by Cee at Cee’s Photography.  It is a great chance to dig out those photos that don’t belong  to any particular theme.

These three photos were taken at the A & P show and show the quirkiness of New Zealanders.

This final photo below shows the oddity of nature in this seed head.

You can find out more about this challenge here

Yesterday was our anniversary day, a public holiday for Hawke’s Bay.  It is also a traditional show day.  In other words the show has come to town, the A&P Show, that is.  It was a blustery day but that didn’t stop the hordes of people descending on the show ground to enjoy the stalls and animals that are on show.  On the spur of the moment my husband decided to go so I just grabbed the camera and went.  He isn’t very patient with my stopping every few minutes to take photos but we got around in about 2 hours before we had had enough.  I am not one for crowds.  I am also not keen on taking photos of people and posting them.  I have included a couple today but they were part of the show and I guess would accept photos of them posted on the internet.  I hope so anyway.

The woodchoppers are very much a part of the traditional rural scene.  There was this soooo cute little boy in the foreground who was trying to cut up wood like his dad.  I am going to contact the paper to see if I can trace him and his family and give them the photos.  I think that they would like that.  I have one photo where he is concentrating so hard with his tongue sticking out.

Now this is sooo much of the kiwi scene, with the number 8 wire mentality.  The young me in their black singlets, of course, have to construct a wooden gate from start to finish and then put up the fence.  Backbreaking work.

This was so funny.  This is a machine that breaks up these bigger blocks of wood into firewood size. This man and his son were so intent on taking a photo of the machine in action that they didn’t notice what was going on around them.  I hope I am not so intense on my photos like that .

There was colour everywhere.

Machines of all sizes and purposes were on show as well.  At least I wasn’t the only one that was taking photos of me.  I think though that I was looking for the more different shots, not the generic isn’t that nice type of photo.

I loved these galvanised wire animals.

Finally we were treated to a majestic sunset, curtesy of the foehn winds.